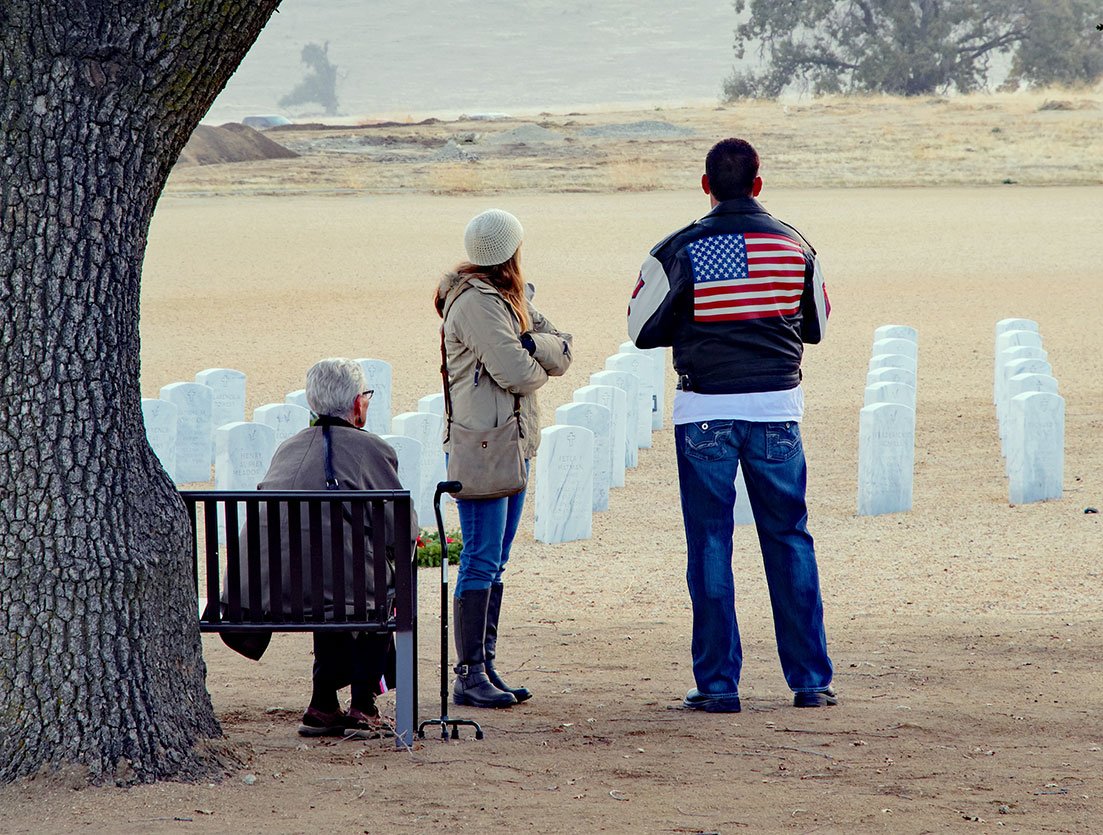 A Grandfather I Never Knew

My dad was the youngest of three children, born when his siblings were already adults.  In 1938, his parents were in their late 40’s in age, trying to raise a child during the Great Depression and WW2.  My grandfather was a veteran of World War 1, “the great war,” the “war to end all wars.”  He came home with a body that had been broken by the war.  By the time my dad was a teenager, my grandfather was an invalid, and before Dad completed his first year of college, he buried my grandfather.

I never knew this man.  I have no idea what his voice sounded like, what his personal relationships were like, what his sense of humor was like, nor how he related to my own dad.  He was born in the 19th century, lived through horrendous circumstances, and didn’t live long enough to meet his grandchildren.  He didn’t die on a battlefield, but his life was changed by it.  His future was altered radically by the complications of injury and disease.

For every marker in veteran’s cemeteries, the sacrifice we honor goes beyond the battlefield.  They served this country faithfully.  Some came home to restart life, and some lost their lives and never came home.  My grandfather was one who lost the life he had, came home to build a new life with the limits earned in war.  It’s a different kind of Memorial Day story, but for me today, it’s just as real.  It’s the life I didn’t get to know, the relationship that was never possible, the story that was never told.

This Memorial Day, will you choose intentionally to thank God for lives like these?  It’s a day that is full of memorials and ceremonies, but it’s even more full of boating and cookouts and family gatherings.  Both match this holiday, but if your holiday has no room for remembering the millions of lives that were spent to provide you with a life of freedom, maybe it’s time to rethink that day.

Remember the dads who never came home, and the ones who left a part of their lives in other countries even when they did make it home.  They paid that price for YOU.