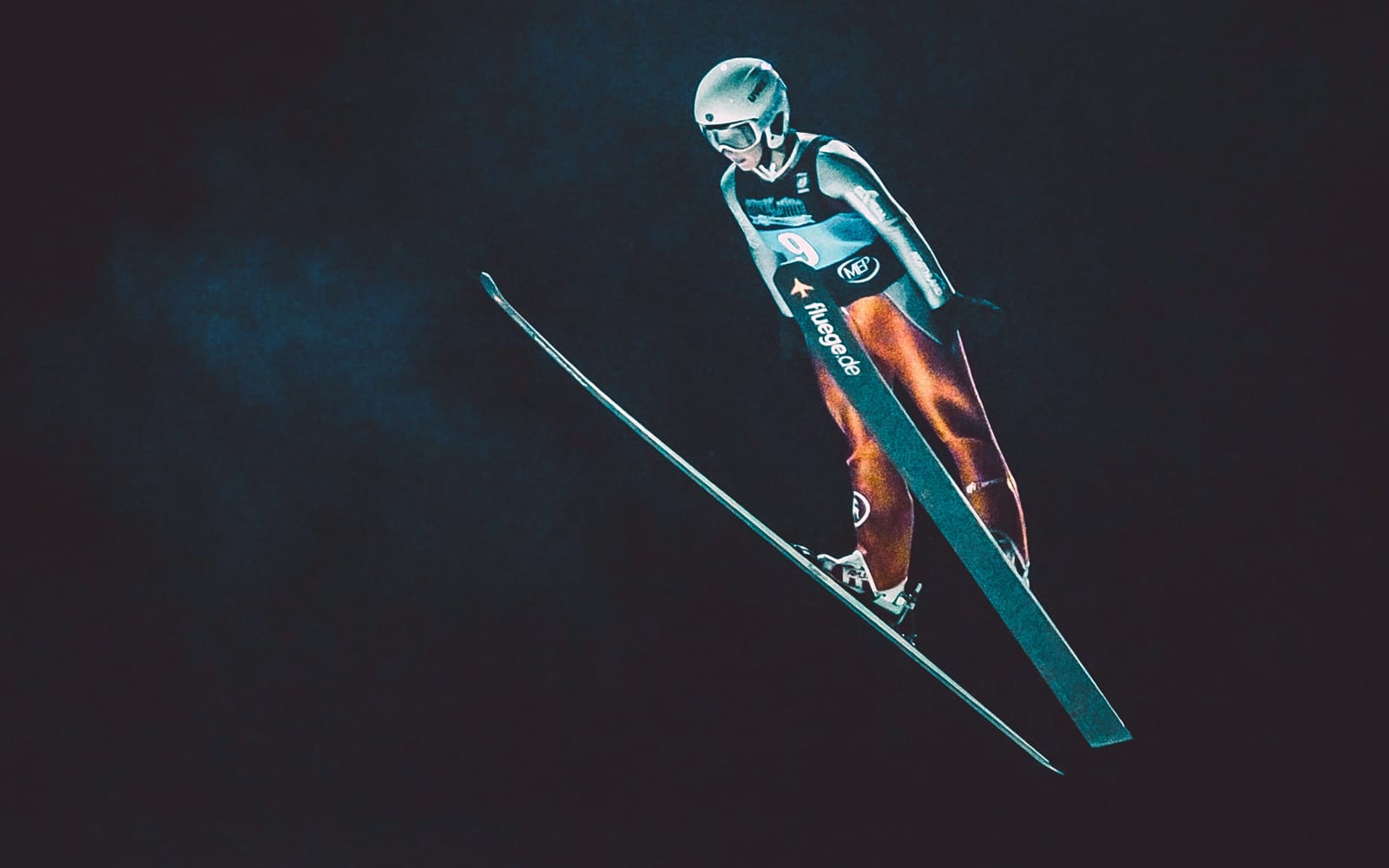 I have a confession to make: I’m an Olympics junkie! Just before the events began, I set recordings for all of my favorite sports so I could speed through them and get past those that are not my favorite (cross-country) and those that put me to sleep in minutes (curling, anyone?)

I fell in love with skiing when I was just 14 years old and have skied in 5 different decades! (College students made fun of me when I took them to the slopes, but I enjoyed making fun of them on the way back down!) So all the alpine skiing events, the ski jumping, and snowboarding have me riveted in my seat.

A few days ago I was watching the slopestyle finals and the tricks that were defying gravity (literally) amazed me. I have zero experience or interest in trying them, but I am awed by the kinds of attempts these skiers make. So on the final run for the event, I watched the leaders battling for the gold and they did 5 complete rotations while flipping, grabbing the board, and floating down to land on the steep landing area. I was stunned.

What was even more stunning was the comaraderie that was evident as they each finished their runs. Each of these guys was denying gravity, attempting something only a handful of humans can do, and rushing to the bottom of the slope to celebrate their accomplishments and wait for their scores. They embraced, they fist-bumped, the jumped up and down in awe of what each other had done. It was “rare air” between them because they had faced the same crisis and survived.

Thinking about those snowboarders’ experience, I don’t think anything in my life has built bonds between myself and others like facing crisis. We naturally avoid pain, crisis, and problems, but it’s amazing how those crises pull us toward one another. We tend to steel ourselves in ways we never thought possible and stand taller than we ever have before. I have often wondered, “Is that why God allows us to go through trials and crises?” Paul described a trial he called a “thorn in the flesh” and his many requests for God to remove it. And God’s response was the same each time: “My grace is sufficient for you.”

If God told me that, I’m afraid I would be frustrated. Instead, Paul did the opposite. He wrote, “Therefore, I will glory in my weakness, for when I am weak, then am I strong!” It’s as if he knew that the crisis would show God’s glory even more than good circumstances would. So he leaned in.

And when God has led me through crisis, I have found myself more aware of His care and power even when I was in my most powerless moments. As I shared that time with others, the crisis united us in a fellowship that I will always treasure. So if you’re facing crisis today, will you lean into the crisis and lean on those who gather around you?