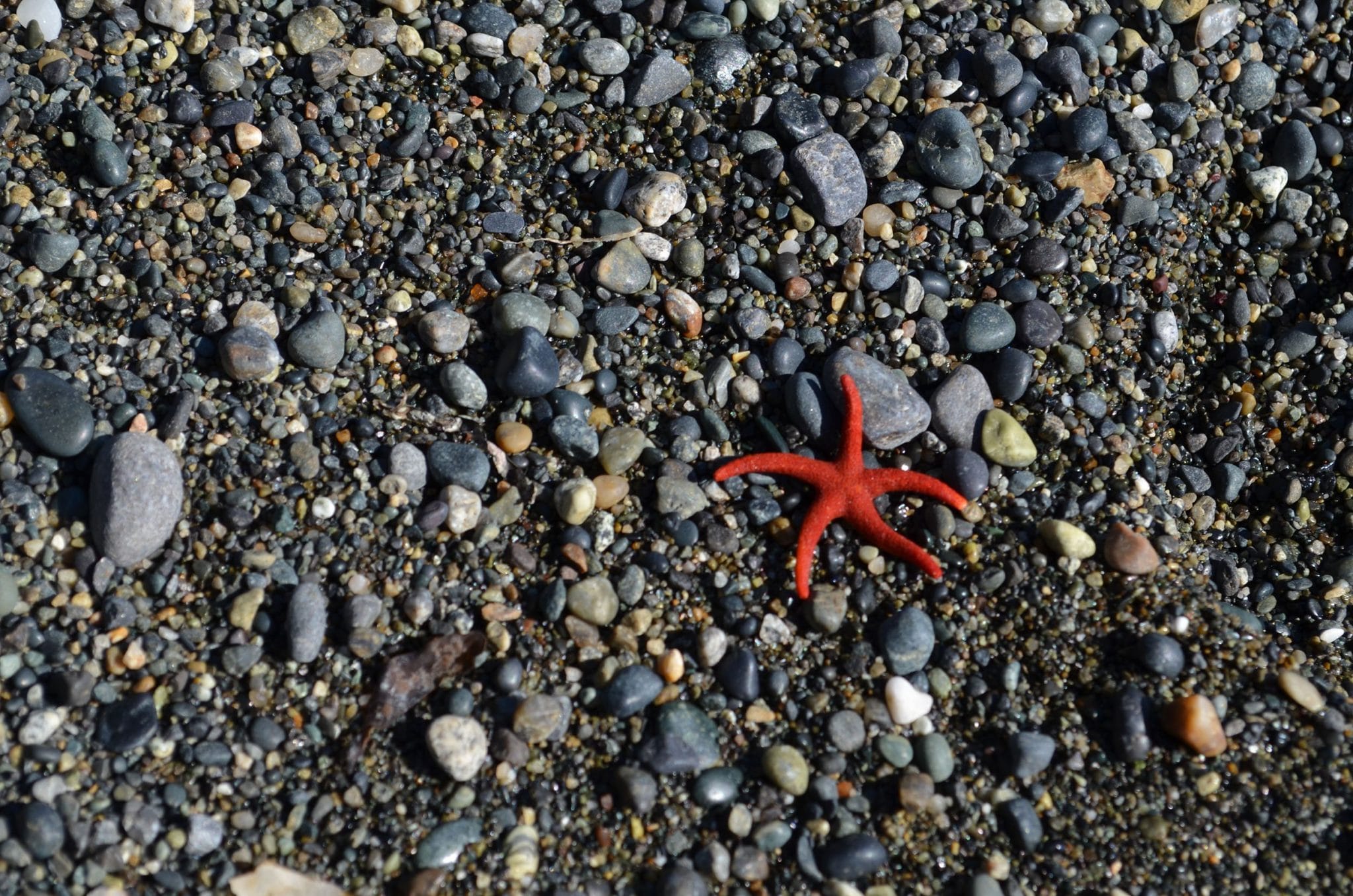 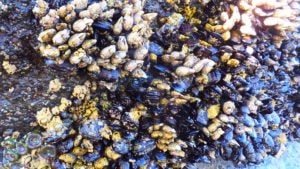 With my first glance, I saw a wall of rock.  I was ready to walk on it to reach the surf’s edge.  It looked sharp, but I had durable treads on my feet and it wasn’t really that far to climb, but then the reality became crystal clear: this wall of rock was a community of creatures!  They didn’t move, they didn’t make a sound, but the blur of color became distinct as each individual shape stood against the edge of this rock.  I had stumbled upon a tide pool and the “rock wall” was really a collection of hundreds of clams.  The tide had withdrawn from the rock, scheduled to return in a few hours, but these clams were secured to the shady side of the rock and they would remain there until the water returned.

As I explored further, I found sea stars and anemones hidden in the same kind of shady clefts where I had found the mussels.  They held because they had set their grip on the rock, letting their tiny tentacles grasp even the smallest of ridges along the face of the rock.  The surf on that coast can be monstrous; but to these “rock-clingers,” the surf just represents more oxygen and food!

Do we see “rough seas” as opportunities or problems?  This week, I have received many emails and calls designed to check on me, encourage me.  Each was surprised to find that my own heart was in great shape.  “This is an opportunity.”

“It’s an opportunity to see and talk about a bigger picture.  If I simply treat it as a problem, I miss the bigger picture of opportunity that these waves will bring.  How many more conversations are outward focused today?  How many people are raising fresh questions about who we are and what God wants us to be?  How many new convictions are taking root because the fresh surge of stress and challenge have washed over them?”

I think about how colorful those creatures were as they clung to the rock.  I wonder how much more brilliant our faith will be because we have walked together through some heavier surf?  Let’s keep talking about the “outward-focused church” as we embrace the coming autumn, the growth of our community, and the arrival of new neighbors who need to know Christ.