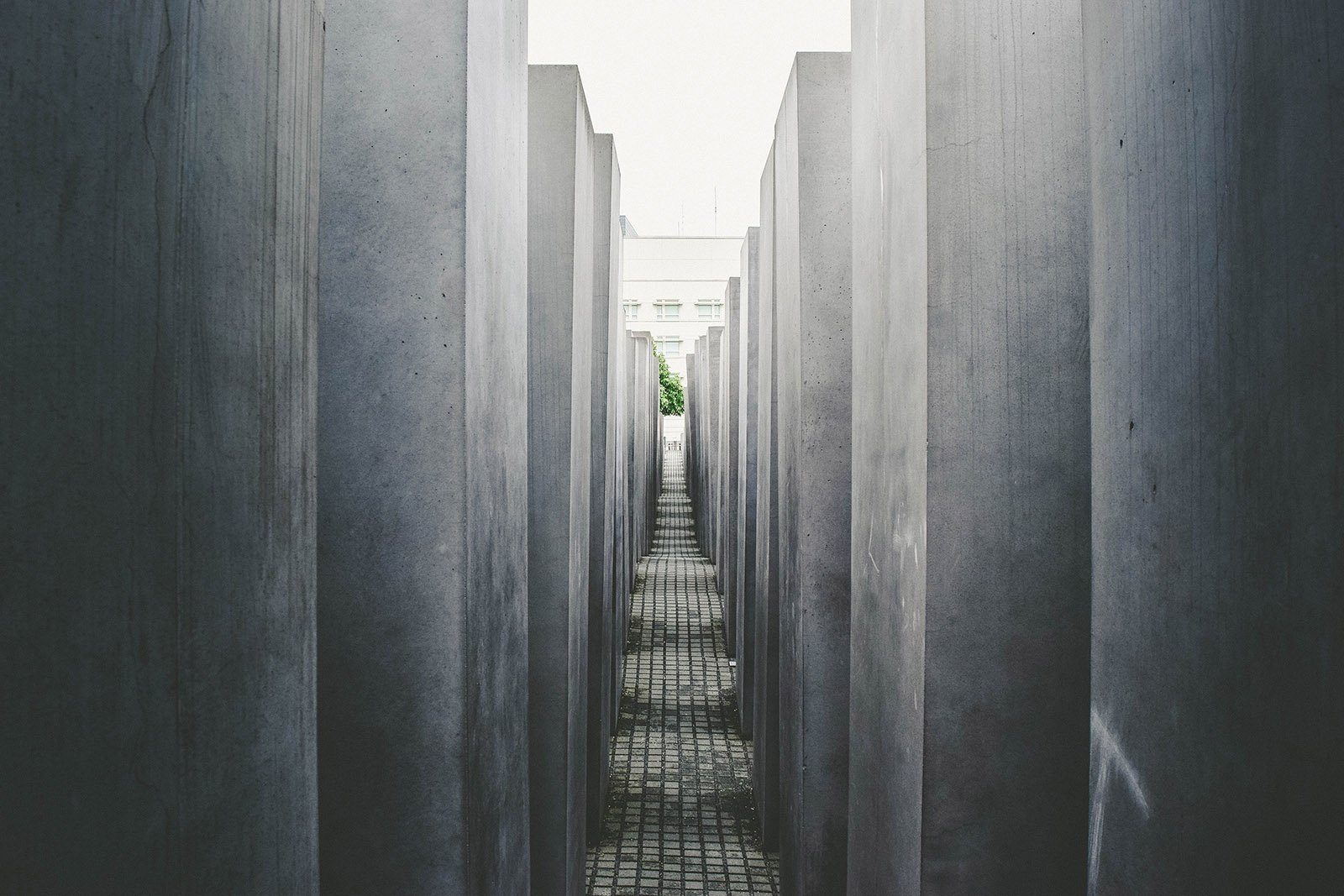 This weekend’s mass murders have left our nation reeling, even while some have been desensitized by the over 200 other mass murders in our country this year.  We have seen people kill because of religious extremism, racial prejudice, or personal vendetta that’s motivated by anger or broken relationships.  Rational people try to understand this irrational action and realize that they will never succeed.  One of my theological mentors is Jim Denison, and this week he is addressing these pains far more eloquently than I can in his Denison Forum.

I have seen the long-term effect of this thinking elsewhere.  Six years ago, I visited the “Memorial to Murdered Jews of Europe” in Berlin.  It was unsettling.  In addition to the detailed halls of pictures, recordings, and artifacts, the memorial employs a silent series of concrete blocks of different sizes, set at slightly different angles, following a rolling floor of concrete stones.  I wrote in my journal then, “The oddly tilted blocks, rolling walkways, and shadows all foster a sense of isolation, sadness, and awe.”  Nazism fomented hatred and blamed their own difficulties on other people, justifying the extermination of millions of people because of their ethnicity or political views.  In that country, disagreement was not tolerated.  They simply eliminated people who disagreed.

That kind of thinking reared its ugly head again last weekend in El Paso, leaving the carnage of death in its wake.  That thinking isn’t changed by shaking our heads.  It’s changed by OUR actions, OUR thinking, OUR loving people who are different than we are.  All too often, even those actions are ignored when someone gives their hearts to hate, refusing rational thought, just as people refuse the promptings of the Holy Spirit every single day.

I’m grieved over the losses that families endured this weekend.  And thinking back of an afternoon of wandering through the massive concrete blocks of that memorial in Berlin, I’m even more grieved that we still deal with hatred every day.  When the Apostle Paul faced that kind of hate, when he watched persecution swell, when he saw religious violence it led him to write more and more passionately about our heavenly home.  No wonder we feel so disoriented in the midst of such hatred.  THIS is not our home!