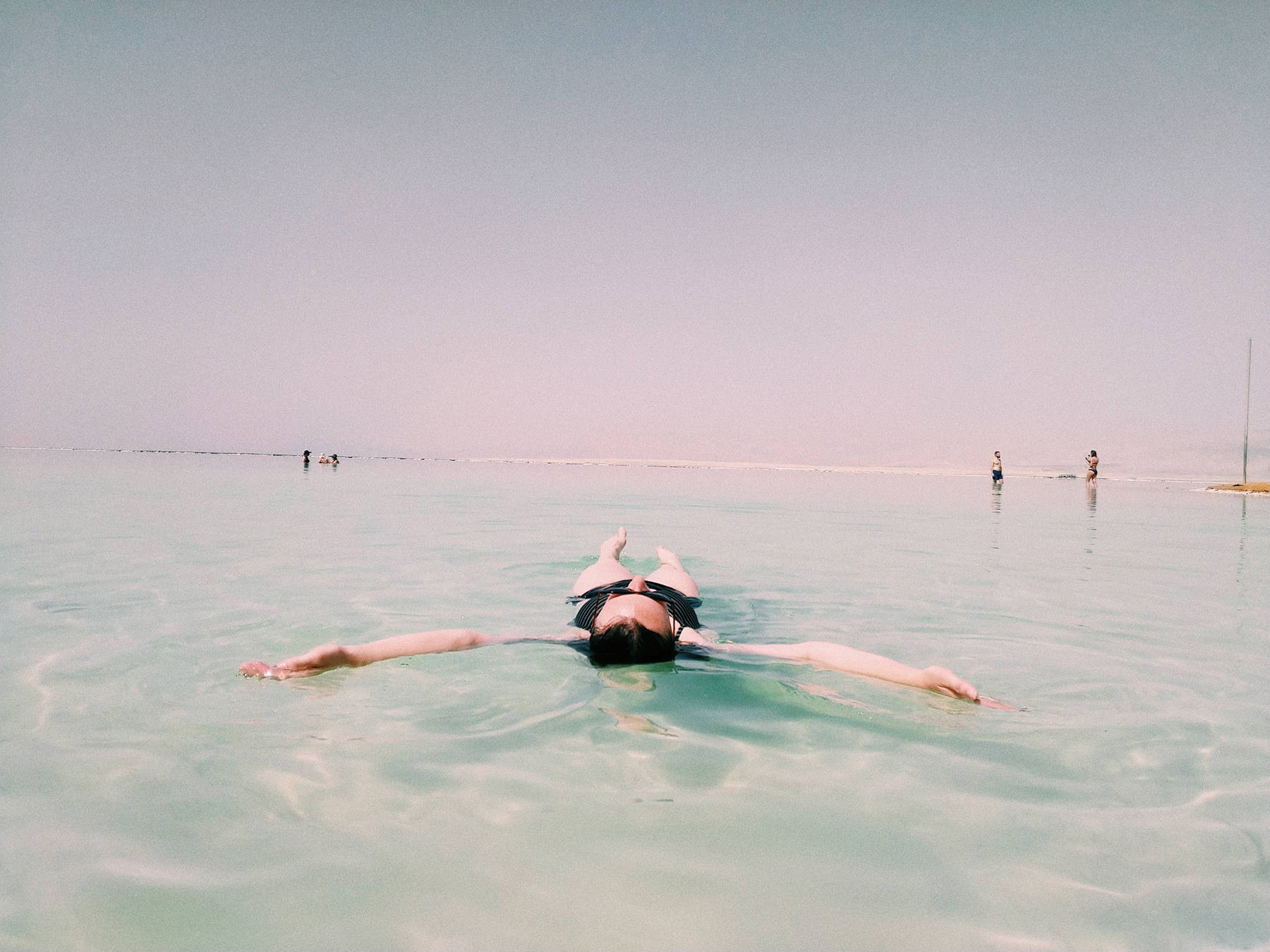 I shocked my wife over the weekend as I floated in a pool. I laced my fingers behind my head, leaned back with a hat over my face, and went to sleep while floating in the water. It freaked her out! Saltwater increases buoyancy tremendously, so I was able to float with my face just above the still water. It was incredibly relaxing.

When she woke me, she was surprised that I had actually fallen asleep. When I leaned my head back into the water, the salty water filled my ear canal, muffling all my aural senses. It was incredibly relaxing, disconnecting my mind from stimuli that existed in her conversation, the traffic noises from the street, or the occasional jet that passed overhead. For an hour, I was completely off-grid, much to the anxiety of my wife!

It became an object lesson for me. My disengagement in the water took me off-grid, out of connection, out of conversation, out of feeling even the sensation of gravity. Suspended in the water, all of my senses were deprived. You could argue that I was in a painless state of suspension.

But suspension of painful stimuli was to be suspended from joyful stimuli, as well. I felt neither extreme. As I contemplated it, I realized that the absence of either is an empty, “suspended” life. God knows that far better than I do. So instead of creating us in that kind of void, He brought us into a world where we do feel the joy and sorrow. It’s part of life. The same freedom that brings us such great pleasure is exactly the same as that which hosts our greatest pain. Paul claimed that God works in ALL things for good for those who are called according to His purpose.  To experience that good, we also experience the pains that are connected to it.

As I reflected on this strange experience, I found myself praying, “Lord, I invite whatever you must bring into my life.  I would rather experience both pain and joy than experience nothing at all.  If they go together–if that’s the deal–then I trust You with both, I trust Your intentions, and I will trust the outcome you bring.”