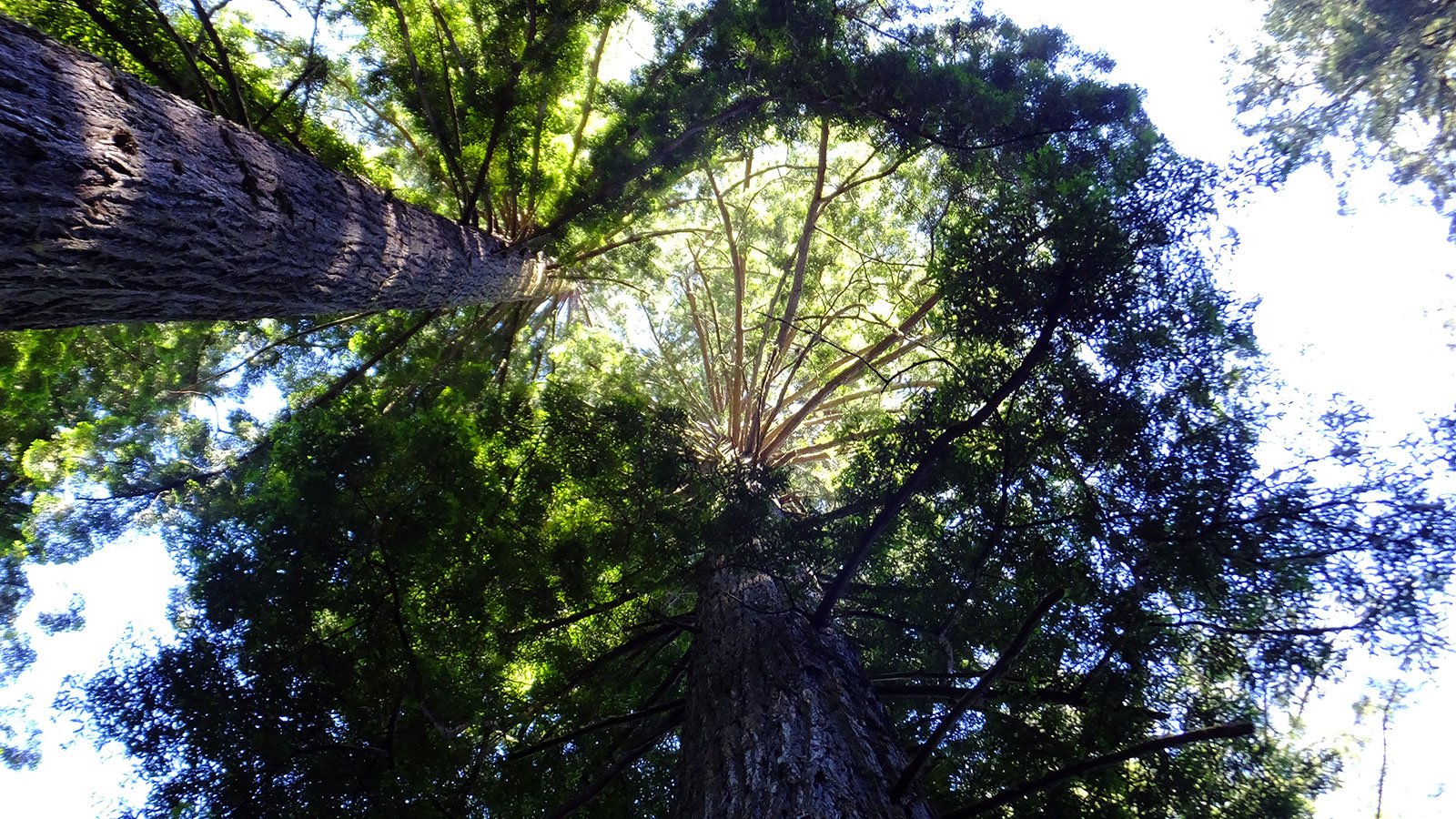 I spent two days of walking through Redwood National Forest last week. To say that I was awed would be an understatement. I kept thinking to myself, “Some of these trees were standing on this ridge before Columbus discovered the New World!”  Beside them, I felt small, young, and naive.  Those very old trees had seen the arrival of explorers, wildfires that decimated other species of trees from their midst, and centuries of change.  Inside the massive trunks of some, you could see the charred scarring of historic fires that could not kill them.

In a multitude of possible illustrations, I saw these large seed pods built along their tall trunks.  During great stresses, the trees release these seeds to restore the grove and give birth to new growth that will extend into the distant future.  They don’t fold under stress; they give birth in that stress.  They stand together, and those stresses are not times when the grove falls to ruin.  Instead, it’s precisely that time when they reproduce for the future.

I thought about the tumultuous time in which we live.  I thought about the challenges that face people who are following Christ.  So often, God has produced some of the greatest days of His people during great stress.  The communist purges in China gave birth to millions of Jesus-followers who met in house churches.  The persecution of Indian believers has given birth to millions of new followers.  And we have had personal experience with how stress and suffering give birth to new depths of trust in Christ that comfort could never create.

Just as those enormous Redwoods stand tall together, Christ calls us to stand tall with each other as we serve one another, encourage one another, bear with one another, and build up one another.  So, are you bending to the stress, or are you standing tall alongside other followers?  It’s an important choice that will affect our culture for years to come!