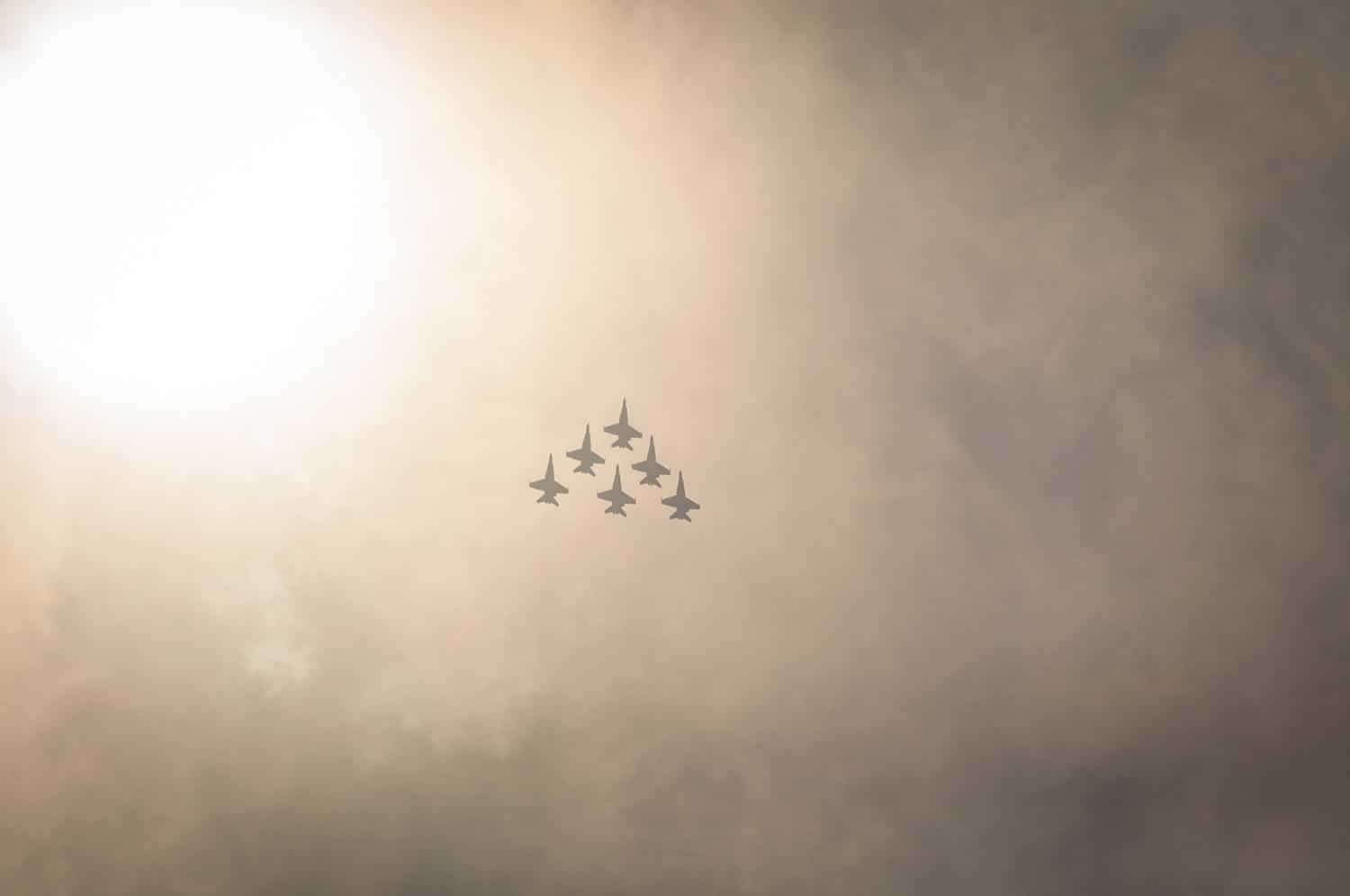 Stepping Out in Faith

My story is perhaps a little different, in that I’ll begin after I was saved as a teenager in West Texas. I really did nothing to grow my faith at first. Off to college quickly after my salvation experience I didn’t exactly live for Christ. I was not wild at college, but I became the classic CEO christian … going to church Christmas and Easter only. But God was not willing for that to be my life. I had gone through ROTC in college, so I immediately entered the Air Force upon graduation, and my first assignment was “nowhere” at a radar station in North Dakota. Amazingly there was a Baptist church in this little town of 800 people (courtesy of the North American Mission Board I later learned). My wife and I joined, but basically I was doing so for her benefit, and I fully intended to put in my appearance only once in a while to please her … and of course to sit on the back row! That very week the entire deacon body of this little church (both of them) came to visit. Turns out they were also the Nominating Committee, and they had a vacancy. They had noticed I sang well (which really means I sang loud), and “would I become their song leader?” Well, for all the wrong reasons I said yes, and that began a lifetime of Christian service. It forced me to go very Sunday, to interact with other members and coordinate with the part-time pastor. It forced me to learn (we sang the same few hymns every week when I first started). It forced me to start growing in my walk.

A few months later the sergeant would had been teaching the Sunday School class for adults got orders and left. The same Nominating deacons arrived that week at my house with some incredible logic. “Jerry, best we can determine, you are the only person in the church with a college degree. So we think you are the best choice to be the next teacher.” Well, again, for wrong reasons, including a lot of ego, I accepted. And again, having to prepare for the class stretched me and grew my faith. Eventually I received orders to my next assignment, this time in Selma, Alabama. There we found a slightly larger church averaging about 150 people. I was now very much in the “service” mode, and immediately joined the choir. We became good friends with the pastor and his wife, and God began to open up more opportunities. One day that pastor approached me about becoming the “Sunday School Superintendent.” In those days that was the equivalent of an education minister in those size churches. This time I actually made it a spiritual decision, and at the ripe old age of 25 I suddenly had one of the key lay positions in the church. I knew nothing about the job, but threw myself into learning how. Over the next several months I gave countless hours of my off duty time to reading and research, picking the pastor’s brain, and going to conferences I could find. At one such event, the Alabama Evangelism Conference in Huntsville Alabama, at the large hosting church I noticed a listing of their staff. On the list were positions I never knew existed in churches … like Minister of Education and Business Administrator. I was immediately struck with the thought that “I could do that.”

Over the next few months God led me on a journey to determine that through His word, my prayer times, encouragement from my pastor and others and circumstance happening around me that He indeed was calling me to full-time Christian ministry. And yet, at first I rejected that call. What I learned years later was my “crisis of belief,” I just kept putting excuses in the way. But God was persistent and creative. Without going into all the details, He used the Air Force to block what I tried to do at every turn. And then, on Sunday, July 4th, at a special service for our nation’s bicentennial, the pastor preached on Moses leading the children of Israel across the Red Sea, and how we each had a “Red Sea to cross.” That it required faith to step out with waters on both sides that could rush in and crush us, but all we had to do was to take that first step and follow God’s leading, trusting Him to work out the details. That message broke through to my heart, and that service I surrendered my heart to His calling.

Sure enough, He worked out every detail as I resigned my commission and we took off to Seminary. I enrolled at Southwestern Seminary 40 years ago this month. Along the way I have served at 5 churches in 4 states, and then God called again. This time I was led to leave the local church ministry and “hit the road” as a traveling stewardship consultant to churches across the country. It has been my privilege to be alongside to see God raise about 100 million dollars for Kingdom causes! I could go on and on about all the things God has taught me about faith, but will stop here. I expect this is not exactly what you had in mind, but maybe something is useful, and I give God all the glory for my life and how he has used me in service to the Kingdom. And, of course, I continue to look to Him for what He has next. Jeremiah 29:11-13