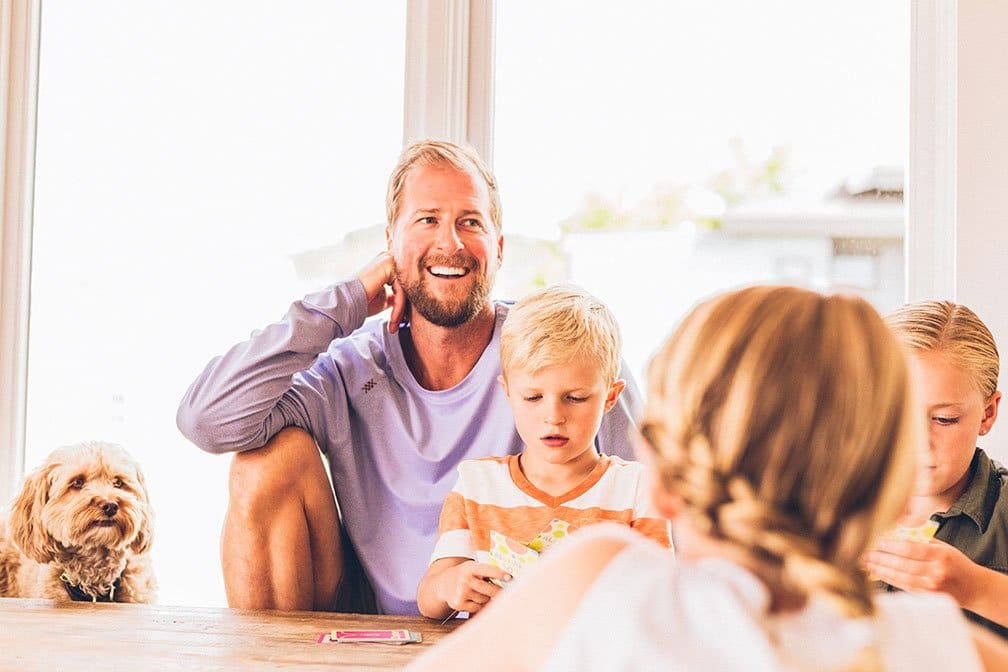 Why God Gives Us Each Other

Watching my own kids launch into adulthood has brought back so many memories. I’m two decades removed from preschool years, but every time I walk down our preschool hall and visit with young families or attempt a video conversation with my son and daughter-in-law, I remember the stress of starting our family life.

We had just moved to a new town with a 6-month-old baby and were starting to build our first home.  I was juggling a job, an intense graduate program, and the new responsibility of fatherhood.  Kelly had left the heart transplant team where she had been so integral in helping families cope with those life-saving surgeries and immersed herself into full-time mommy-dom.  Then we both caught a virus.  In that new town, in a new rental, in a new job, in a new medical system, and a not-yet-formed support system, we felt like we had been stranded on an island beyond the reach of anyone who really cared about us.

The knock at the door surprised us.  It was a woman who worked in our church office, whom I had known less than two weeks.  Grandmotherly and assertive, she marched into our home, took one look at us and asked if the baby was sick.

“I’ll take your baby.  I’m a grandma who rocks babies every Sunday morning and I have a herd of my own.  I’ll take him and keep him away from you while you go to the doctor.  When you are ready for him to come back, just call and I’ll deliver him home, fed, ready for bed, and virus-free!”  We were desperate, but something about her also set us at ease.  She understood.  She had been there before.  She knew what we were experiencing and was determined to lighten the load.

We have a very soft spot in our hearts for Loretta Girlinghouse.  She took our burden on her shoulders so graciously, and we loved her dearly for the gift that she gave, for she gave more than childcare assistance.  That day, she gave us friendship.  As long as we lived there, she was a comfort and I came to love her deeply as a co-worker and friend.  When she died several years later, I remember sitting in my office and feeling the ache of loss.  We needed her so much that day and she gave so much so gladly to us.

That’s the condition that the Bible calls fellowship. It’s more than food and connections.  It’s bigger than just kindness.  It is the relationship that says, “I’ll put my shoulder under your burden and help you carry it.”  It says, “I’ll confess my struggles and listen to yours.”  It says, “I’ll celebrate with you and grieve with you because we have become family.”  We were in such need that day so many years ago, and when Loretta walked into our home that day, I realized why God made us for each other.  It was one of His many great gifts.  And now that I’m older, I’m discovering the fun of coming alongside to bear the load of those younger than me.  That’s why He made us for each other!